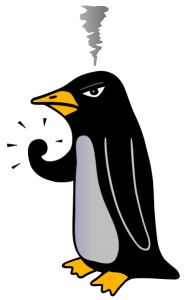 On October 4 (2013) Google announced that they had released Penguin 2.1 and that it was live. Although some experts were expecting some sort of update they did not realize how important this one would be. Google’s Matt Cutts mentioned that the update affected about less than 1% of all searches. However, he also mentioned that the 1% of searches that will be affected will hit hard. So, what does this mean for Seattle & Tacoma SEO? How is your website being effected? IS your website being ranked lower or higher because of the update? Read on for more information about these questions.

What Is The Point Of Penguin?

Google’s first ever Penguin updated was in April of 2012 and caused a huge stir in the Seattle & Tacoma SEO community (and probably everywhere else too). Why? Well, Google attempted to penalize certain sites for practicing black hat SEO. In other words, there were websites that were ranking very high on Google but did not have decent content or a good user experience. Google’s attempt at fixing this issue was (and still is) Penguin. So, Google is trying to eliminate “spammy” websites and make their search more effective or users.

What Changes Were Implemented in Penguin 2.1?

In Penguin 2.1 Google is still targeting similar issues as 2.0 but they are doing so in a lot more depth. For an extremely in depth report about what Penguin 2.1 is designed for exactly take a look at Google’s own blog post here.

Should You Be Worried?

This is the million dollar question. Should you be considered about Penguin 2.1 hitting your website and ranking it lower than ever before? The answer is hidden in your own tactics. If your methods include black hat tactics such as paying for faulty links, spamming forums or blog posts with unnatural links, having duplicate content, and trying to “cheat” your way into the rankings system, your site could very well have been affected.

How Do I Know If My Website Was Affected?

It’s simple. We recommend you take a look at your analytics from before October 4th, and after October 4th and see if you notice a difference in your rankings. There is a chance that your website was caught by the Penguin update and penalized.

If your website was penalized (you are probably currently very stressed out) there are some ways you can fight the update.

The first step for you would be to run a site report and see what links are faulty on your website, blog, and back-links. You absolutely need to identify these links in order to counter the update.

Sort It All Out

Once you have found the links that are driving negative results to your website you need to sort them out. How? Well, it would help for you to remove as many of them as possible. So you can sort them out by website, domain, or contact. If you know the person personally you can reach out to them and ask them to remove the link for you, or you can attempt a different method.

Don’t Give Up On Seattle & Tacoma SEO

Never give up. Just because an update ranked a website of yours lower does not mean that you entire career with Seattle & Tacoma SEO is over. In fact, the thing that is going to set you apart from everyone else is the fact that you kept going. You can create a report or case study and create a detail blog post and gain exposure from it.

With the algorithm getting deeper and more advanced we are only going to get better results. If you are truly practicing white hat SEO and are working hard to gain backlinks you could have benefited from this update! As professionals, we need to embrace this change and grow/learn from it.

My name is Jonathan and I am a Online Marketing and Web & Mobile Engineer with 6 + years of experience, I offer all types of Web & Mobile solutions including: SEO, SEM, PPC, VM, Web & Mobile Development, Mobile & Web Apps and IT Management.

This site uses Akismet to reduce spam. Learn how your comment data is processed.

Get A Free Quote Today! 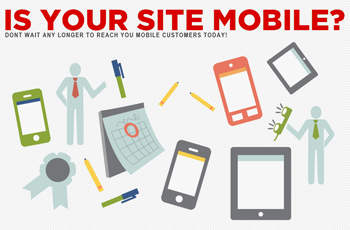